Two and a half hours around the local Commons 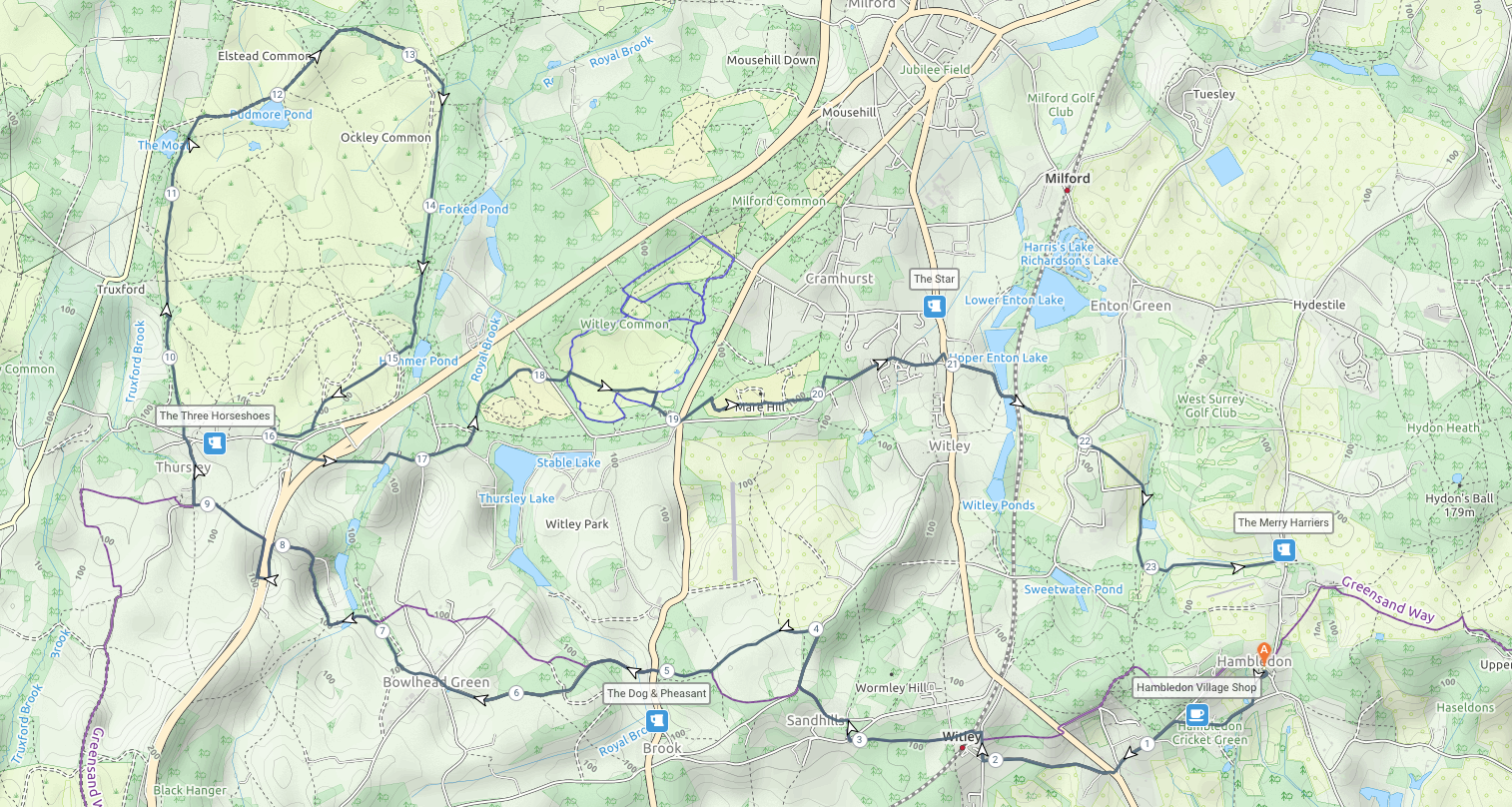 We’re blessed by having access to large amounts of Common land close by. This route takes in Thursley, Elstead, Ockley, Witley, Mare Hill and Busses Commons.

It’s a common misconception that Common Land has no ownership, in fact it is owned by either individuals, groups of individuals or organisations. In the case of these commons, it’s a mixture. Thursley Common is owned by Natural England, Elstead and Ockley Commons are owned by the Ministry of Defence, Witley Common is owned by The National Trust, Mare Hill Common is owned by Waverley District Council and Busses Common is owned by Hambledon’s Lord of The Manor. But, to all our benefit the Countryside and Rights of Way Act 2000 gave the public the freedom to roam freely on all registered common land in England and Wales. This freedom to roam is access on foot, not on a bike, however, all of these commons have an extensive bridleway network. Cyclists are legally permitted to use bridleways (though not footpaths, see this link For Cycling Uk’s thoughts on this).

After leaving Hambledon, this route starts by following quiet roads and the Greensand Way, through Bowlhead Green before crossing the A3 to Thursley Common. Just before entering Thursley Common, you’ll pass close to the Three Horseshoes pub, a good place to stop for refreshments and owned by the commoners of Thursley (the local villagers bought the pub in 2004).

The route then follows bridleways to head north through Thursley Common, then east across Elstead Common and then South across Ockley Common. These commons are some of the last remaining heathlands in Surrey and are famed for their diverse wildlife, Thursley Common is a Site of Special Scientific Interest as well as a National Nature Reserve.

At the south end of Thursley Common the route crosses back across the A3 to Witley Common. Heading east across Witley Common brings us to Mare Hill Common. Keep heading east and you’ll cross the A283 just south of The Star pub. You’ll then head under the railway line before reaching Busses Common and returning to Hambledon.

You can explore this route and download its GPX file from the Routes Page of this website.